9:30am - 11:00am: Resistance is Not a Spectator Sport: Racial Reckoning in LGBTQ+ Life and Community 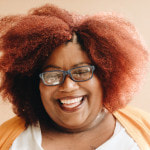 Alicia T. Crosby (she/hers) is a justice educator, activist, and minister whose work addresses the spiritual, systemic, and interpersonal harm people experience. Through her writing, speaking, and space curation, Alicia helps individuals, communities, and institutions explore and unpack topics related to identity, inclusivity, and intersectional equity. You can follow her work via aliciatcrosby.com or on Facebook, Twitter, and Instagram via @aliciatcrosby. 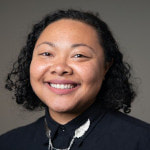 Kris Henderson (they/them) is a co-founder of the Amistad Law Project, organizer, and attorney licensed to practice in Pennsylvania and New Jersey. More about Kris. 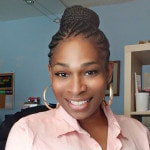 Celena Morrison (she/her) is the Executive Director of the Philadelphia Mayor's Office of LGBT Affairs. More about Celena. 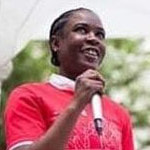 LaTonya Myers (she/her) is a revolutionary community organizer and activist from Philadelphia. She currently serves as the Support Coordinator with the Philadelphia Community Bail Fund. More about LaTonya. 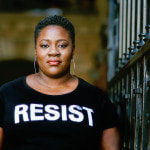 Naomi Washington-Leapheart, M.Div. (she/her) is a faith organizer and PFP parent. Naomi was our conference keynote speaker in 2018. More about Naomi. 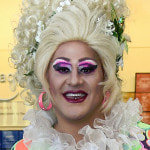 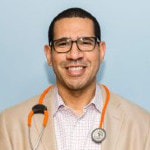 Mario Cruz, MD (he/him) was named a 2020 Top Doc, is a board certified pediatrician and the founding Medical Director for Philadelphia FIGHT Pediatrics. More about Mario.
11:15am - 12:05pm: Parenting Through a Pandemic 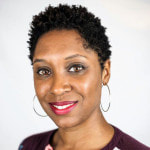 Marquita Bolden (she/her) is a Licensed Clinical Social Worker providing mental health therapy, specializing in helping people manage issues related to anxiety, grief, life transitions, depression, and traumatic experiences.  In addition to being in private practice, she also serves as the Executive Director of the Therapy Center of Philadelphia (TCP). More about Marquita. 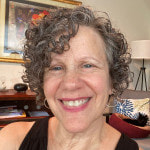 Robin Hornstein, PhD (she/her) is a co-founder of Hornstein, Platt and Associates and has been a Licensed Psychologist and counselor for over 30 years. Follow her on Instagram @robinmindfulcounseling. More about Robin.
11:15am - 12:05pm: Transparent: Raising Our Voices

Jadzia Axelrod (she/her) is a PFP board member and an award-winning author, illustrator, activist, gadabout, style maven and circus performer. More about Jadzia.

Mikah Thomas (they/he) is a mother, PFP board member and LGBTQ+ advocate in Philadelphia, PA. More about Mikah.
11:15am - 12:05pm: What's on Your Bookshelf?

Rashad Davis (he/him) is an award-winning author, illustrator, character designer, and educator from Lawrenceville, NJ whose work focuses: on diversity and inclusion, fantasy, empathy, and emotional literacy for children and adults alike.  Chapter 1 of  his Carefree Like Me kidlit series won the Best Indie Book Award in the Children's category, while Chapter 2 of the same series won the 2019 Best Indie Illustration Award as well. More about Rashad.

Alli Harper (she/her) is the founder of OurShelves, a queer and diverse kids' book subscription service and advocacy effort. She lives in Maine with her wife and two kids.

Nicole Major (she/her) is the author of Amina's Wall, God is Love, and the soon to be released A Mouse's Tale. She is also a journalist who has written professionally for more than two decades for various publications, including The Fairfield Daily Ledger, The Business Journal,  PC World Egypt, and The Middle East Times. She is the founder of Pink Butterfly Press LLC, where she helps aspiring authors realize their dreams of seeing their work published. 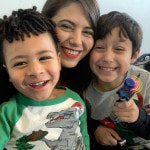 Gina Zorzi Cline (she/her) is an educator, executive, and activist who lives with her two children and one dog in Ardmore, PA. Gina has served as a board member for Philadelphia Family Pride since 2016. 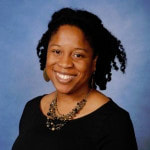 Sherry Wyche (she/her) is an educator who lives with her wife and three dogs in Greensboro, NC.
1:00pm - 1:50pm: Navigating Learning from Home

Lauren Overton (she/her) is the principal of the Penn Alexander School in West Philadelphia and the former principal at the Meredith School. More about Lauren.

cOLAGE Programming for our kids 8-14+

Gabe Back-Gaal (he/they) grew up in Brooklyn, New York with two moms, a younger brother, and a Springer Spaniel. Good books, tea candles and the woods are some of the things they love. Gabe works at a Jewish community center and is currently learning to rollerblade.

Justice Brown-Duso (he/him) has been involved with COLAGE for over 22 years. This is the fifth year that he has helped facilitate COLAGE programming. He’s a COLAGEr because he has two lesbian moms!

Kerry Cullen (she/her) is a second-gen bisexual woman with a lesbian mom. She has been involved with COLAGE programming for 20 years, and she’s very excited to see programming going digital this year. She is a writer and book editor and lives in New York.

Emmett Dupont (they/them) is a fourth generation queerspawn, with a bisexual great-grandmother, gay grandfather, two lesbian mothers, and holding their own queer and trans identity. Emmett is a high school teacher at LightHouse Holyoke in MA, an alternative learning center for self-directed teams. They are also a first generation college student, having recently graduated from Hampshire College with a BA in Public Health, and a double minor in Culture, Health and Science, and Sexual and Reproductive Health. Emmett is delighted to be returning for their 7th year facilitating COLAGE programming! 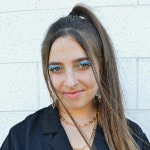 Angel Martin (they/she) has been involved with COLAGE programming for 15 years. They have a lesbian mom and straight dad. They currently live in Los Angeles and love to cook, play tennis, and write songs. Angel is so excited for Philly Family Pride!

3:00pm - 4:00pm:  What's at Stake for LGBTQ+-led Families this Fall
Leslie Cooper will speak about the Fulton v. City of Philadelphia case and take questions. That section will be moderated by Adam Podowitz-Thomas. Julie Kruse and Rep. Kenyatta will talk about what's at stake at the federal and state level respectively. That section will be moderated by Tariem Burroughs. 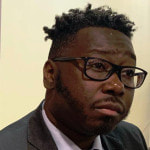 Tariem Burroughs (he/him) is the Board Chair for PFP and is in the process of completing his PhD in Sociology at Temple University. More about Tariem.

Leslie Cooper, JD (she/her) is Deputy Director of the ACLU LGBT & HIV Project.  Since joining the Project in 1998, much of her work has focused on protecting the rights of LGBT parents and their children. More about Leslie.

Rep. Malcolm Kenyatta (he/him) is a State Representative in Pennsylvania representing the 181st district in North Philadelphia. More about Malcolm.

Julie Kruse, M.Ed (she/her) is the Director of Federal Policy of Family Equality based out of Washington, DC, where she plays a crucial role in implementing and expanding Family Equality’s public policy agenda. More about Julie. 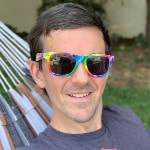 Adam Podowitz-Thomas (he/him) is a PFP board member and attorney. More about Adam.